We wait.  Our file has been sent to Nairobi.  As much as we expected the email, it still punches you in the gut.  I can not bring myself to look at the calendar and see where that will bring us.  Even writing about it makes me cry.  It has been 8 months since his referral.  It has been 4 months since we met him.  It has been 7 weeks since our submission...but the timekeeping does nothing to change the fact that we wait.   I know that the calendar is a tool of despair in the process of adoption.  After all, I am an "experienced" adoptive parent...can you hear the sarcasm?  I was really careful not to plan on him being home by Christmas.  However I thought for sure that we would travel in January.  And in my mind, I started to think how special his 2nd birthday would be in March.  March 17th.  March 17th, he will not be home, though.  I fell into the horrible trap of having a calendar of expectations. 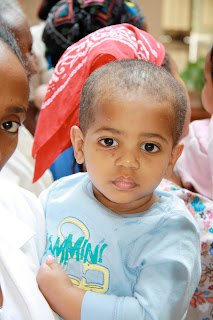 When we got our referral, we thought that we would have to wait but Efa would definitely be home by the end of the year.  Then we thought January.  Now we are not sure he will be celebrating his second birthday with us.  We wait.  We aren't the first and unfortunately we won't be the last.  So to bring you up to date.  We were submitted 5 weeks ago after we decided to hire an attorney, re-tracing, and re-interviewing the witnesses.  In the "stake-holder" meeting that DOS held in October they asked parents to take an active part in verifying and challenging the story that the agencies were telling.  Our agency has been transparent from the start.  As soon as they heard the DOS conference call, the PAP's have to go over the paperwork of their child.  There is nothing hidden.  We went the extra steps because the DOS asked PAPs to.  Our agency placed and add and hung fliers looking for BM, as well.  So, in affect, DOS says jump, we (and agencies) say, "how high?"
So then after spending thousands more on an already expensive adoption, we submitted a more complete file.  RFE ready was our standard.  Jan 10 we were submitted.  The first error by the embassy, they emailed our information to the wrong family.  This family was submitted several weeks before us.  So now we know that the file has been corrupted with other/their information.  Two weeks later USE requests the phone number of the police officer who brought Efa to the orphanage.  Delay tactic.  The phone number is already in our file.  DOS says jump, we say, "how high?"  Our agency provides the numbers a day and a half later, Jan 26.  At this point, our Senator and Representatives are involved We forward the email to them and say it looks like things are moving again.  A week later.  Nothing.  Senator reaches out again.  And the response is a little puzzling to them.  The embassy responds and says, "Gosh, we have only just received the numbers on the 30th"  Our Senator notices the date discrepancy and comments...hmmm, why the few days difference?  Meanwhile, no news.  This past week, we reached out again, this time to our agency.  Have the witnesses been contacted.  They asked the social worker on the ground to check....no, the policeman has not been contacted.  We received an email form the embassy, last Friday.  They had contacted the witness on Feb 2 and Feb 7, but he was in training, so they would reach out again today.  Well, as it turns out, our social worker is in ET right now, so we emailed and asked....can you verify this with the police officer.  They called him Sunday.  No, the embassy has never called him.  They are ready to take and expecting the call from the USE.  Still no call today.
The long and short.....is the embassy lying?  are they calling the wrong witness?  are the police lying (why would he? He has already been interviewed two times)  Even if it all a big misunderstanding...why a call once a week?  This is NOT a "deal" or a "program"  this is a little BOY.  Why not call several times a day or a week.
This part has been hard.  Hard like I have never had before.  Hard.  It has been close to 17 weeks since we met him.  8 months since our referral.  Today there is no end in sight.  I do know that it WILL end.  I have been like Jacob wrestling with God on the banks of the river.  Me saying...NOW.  Him saying...NOT YET.
Philippians 4:4-7
4 Rejoice in the Lord always. I will say it again: Rejoice! 5Let your gentleness be evident to all. The Lord is near. 6Do not be anxious about anything, but in every situation, by prayer and petition, with thanksgiving, present your requests to God. 7 And the peace of God, which transcends all understanding, will guard your hearts and your minds in Christ Jesus.
Funny, how I have always loved 6-7 but never paid too much mind to 4-6.  I cling to 4-6 now.  It tells me what to do, Rejoice and to work on my gentleness (hard) and promises me that He is near.  This little boy will come home.  I know that.  But at what cost to him and to us.  I understand and want ethical adoptions.  I think all reasonable parents want ethical.  But I think we all also want our embassy to be ethical.
Posted by Jen at 5:41 PM 10 comments: 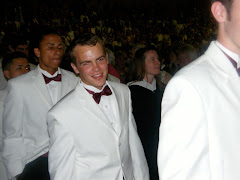 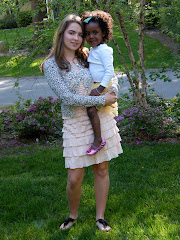 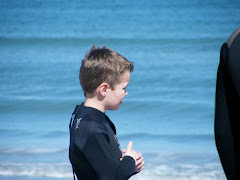 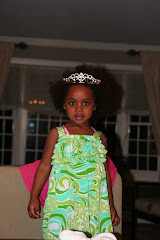